Horsecollar – A Fun Game to Play on Your Shuffleboard

Horsecollar – A Fun Game to Play on Your Shuffleboard

Horsecollar (or Horse Collar) is another way to play shuffleboard and is both complicated and highly competitive. With this game, teams can be formed of 1 (singles), 2 (doubles), 4 or 8 (teams). This is a great way to play for a large gathering of people as the teams are larger and, because it is played in frames, there is no limit to the number of teams that can be formed. Below is an in-depth guide on how to play Horsecollar.

1. Teams need to be formed in either singles, doubles, or teams of 4 or 8

2. Team 1 then distributes all eight pucks evenly amongst their team

3. Each player then shoots their pucks toward the other end of the board

4. Once each player from Team 1 has shot their pucks, they tally their score and pass the pucks to the next team.

5. Once each team has played, the frame is over and it is back to Team 1’s turn

6. Once a team reaches the score limit, the teams that remain in the frame have a chance to score and beat them. 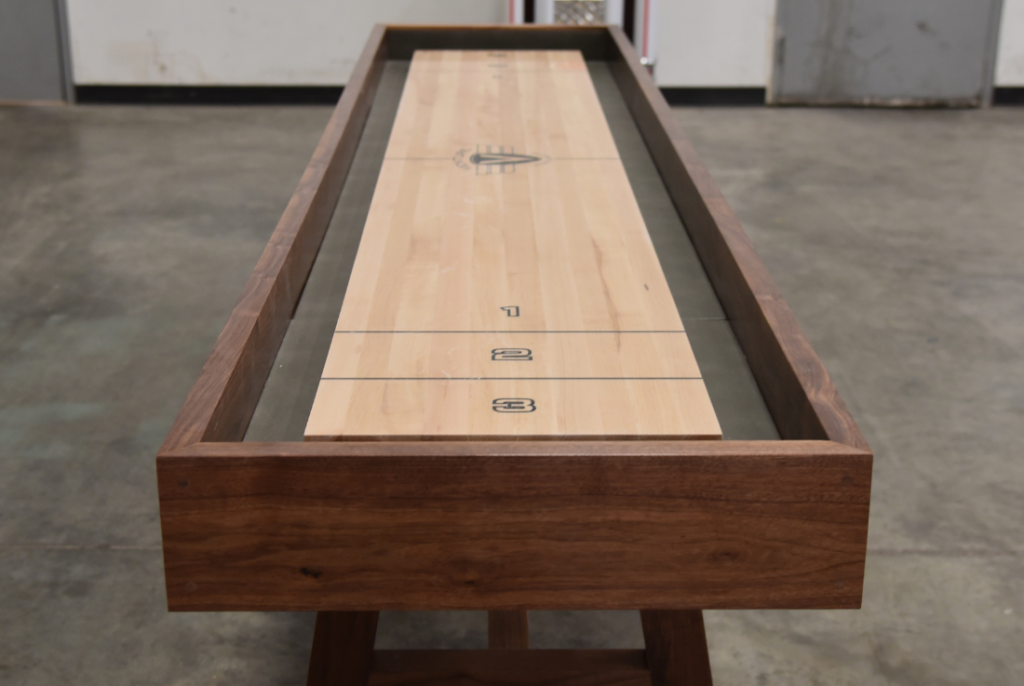 The score limit for a game of Horsecollar is set at 51 total points. Once a team reaches this score, they are declared the victor unless a team passes their score before the end of the frame.

Scoring is as follows:

0 points – puck falls into the gutter, falls off the end of the board, or fails to pass the foul line

Note that for a puck to obtain 2 or 3 points, they must fully clear the deuce line and trey line respectively