Cutthroat – How to Play

Cutthroat – How to Play

There are so many different games that you can play on your billiard table. The most popular games that you can play are 8 Ball and 9 Ball. These games, however, can only be played with an even number of people – either two or four. Cutthroat is a game that is great for players of all skill levels and is normally played with either three or five players and is played head-to-head making it a great competitive game among friends.

The objective of this game is to be the last player with their assigned balls on the table. The game is played using the standard 1-15 balls and the cue ball and are divided evenly amongst the players. Players then take turns shooting at their opponents balls, continuing their shot if they sink a ball in a pocket.

1.   The first step is to assign groups. For games with three players, grouping is as follows: 1-5, 6-10, 11-15. For games with five players, grouping is as follows: 1-3, 4-6, 7-9, 10-12, 13-15. There are multiple ways in which players can assign groups. One being that players can simply decide before the game starts. Another, more common choice, is to have players choose groups as they sink a ball. For instance, if the player sinks a ball, they would be able to claim a group. The next player to sink a ball would claim the next group and, for games with three players, the final player would be stuck with the final group.

2.  The next step is to break. In order for a break to be considered legal, the player breaking must drive at least four of the balls to the rail. If this does not happen, the next player can either choose to play the table as it is or call for a re-rack and re-break.

3.  Players then take turns in taking shots. In order for players to complete a legal shot, the player must first hit an opponents ball before hitting one of their own and the object ball or the cue ball must make contact with the rail. If either of these do not occur, the shot is considered illegal and that player receives a foul and their turn is over. If a player sinks one of their opponent’s balls, their turn continues until they either foul or fail to sink an opponent’s ball.

4.  Play continues until there is only one player with any of their balls still on the table. 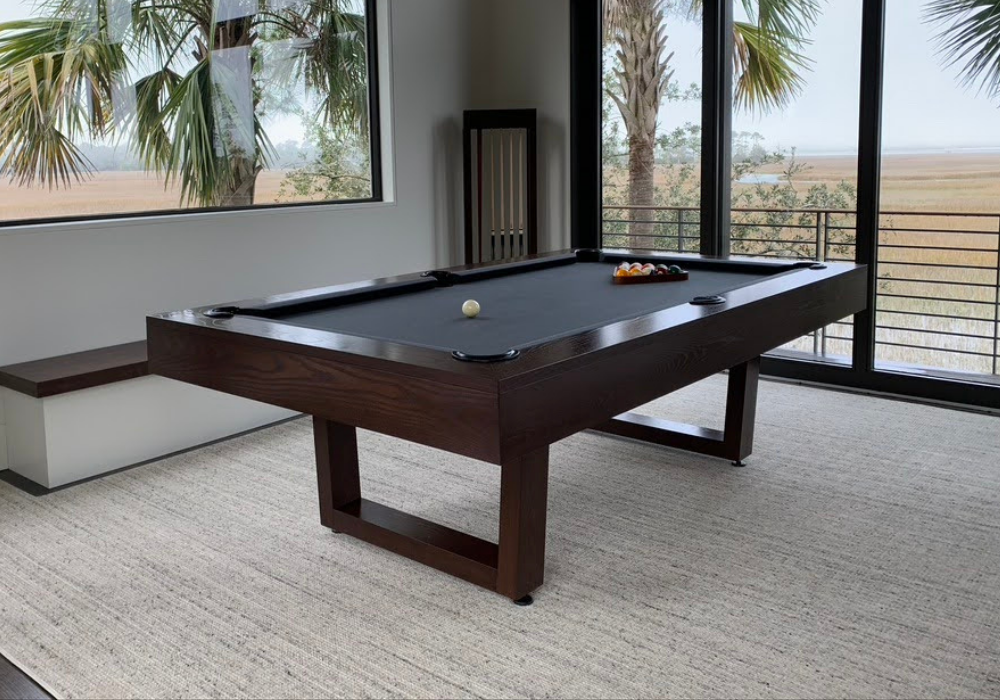 1.  If a player commits a foul, one of their opponent’s balls that is pocketed is placed back on the table. This means that a player that has had all of their balls pocketed can potentially get back into the game if a player fouls. If there is no opponent with a ball pocketed, play simply goes to the next player

2.  Fouls also occur if a player jumps an opponent’s ball off the table. That ball is spotted back on the table and that player receives a foul.

This game is a great way to play with friends when you have an uneven amount of players and is great for players with varying levels of skill. If you want to make the game even more competitive when playing with advanced players, you can agree to call your shots, meaning that each player must name the object ball they are aiming for and the pocket in which they are aiming.

For help with any terminology used within this article, please refer to our article 8 Ball – How to Play.