Crazy 8’s – Another Fun Game for Your Shuffleboard

Crazy 8’s – Another Fun Game for Your Shuffleboard

If you are looking to expand your knowledge of shuffleboard and add another game to enrich your experience with your shuffleboard table, look no further than Crazy 8’s. This game mode is played with two or more players and rather than players taking turns after each puck, the game is played in frames with each player using all eight pucks before passing play to the next player. Below is an in-depth breakdown of how to play Crazy 8’s.

2. Player One then groups all four pucks of one color together and slides them all at once to the other side of the table, aiming for them to pass the foul line and on the table.

3. Player One then uses the four pucks of the different color one at a time to try and knock the other four off of the table

4. Once all eight pucks have been played by Player One, it is now Player Two’s turn and the process is repeated.

5. Once all players have played, that is the end of one frame and it is back to Player One’s turn.

6. This process is repeated until the agreed upon score is reached. 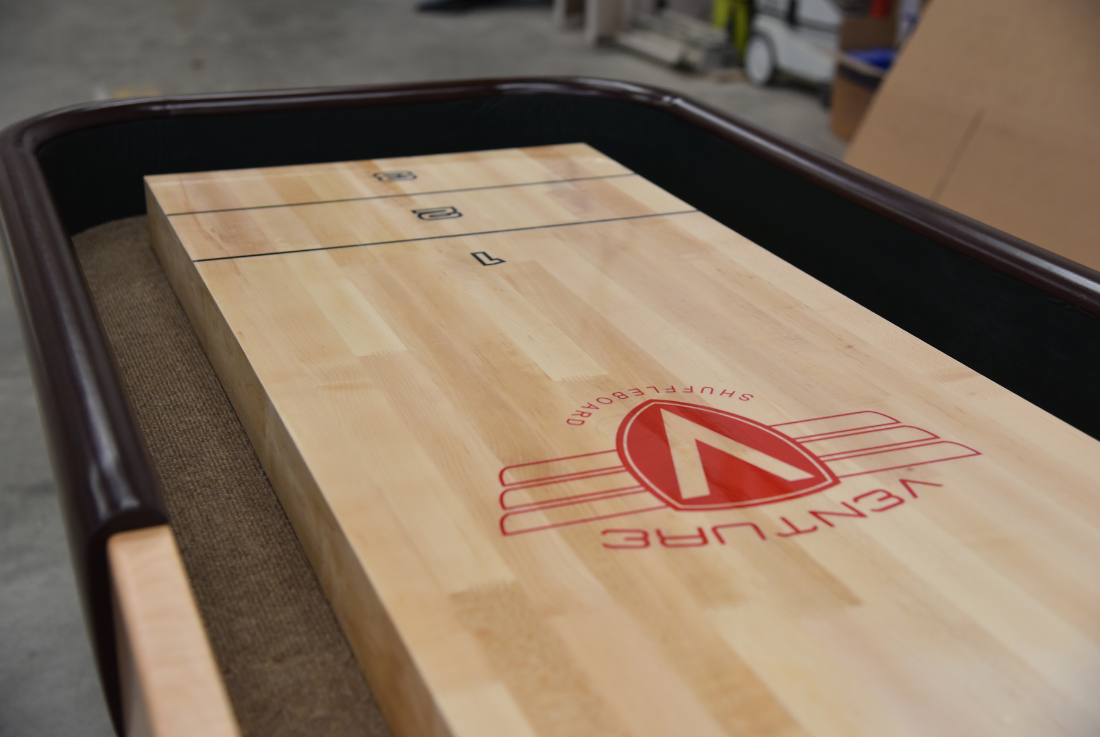 1.  Players score once the first four pucks have been knocked off the board.

2. If any of the first four pucks fail to pass the foul line, fall off the board, or are not knocked off the board by the final four pucks, that player does not score. This is known as a “hickey.”

3. If the player does not get a hickey, then the remaining pucks on the board are scored according to their location on the board. This scoring corresponds to the point system integrated on your board.

4. Once a player has reached the score limit, the players that have yet to play that frame still have a chance to score and win.